I made this this morning before my lecture at 11. It’s basically a perverted Spanish omelette so is v healthy as it contains many egg and much veg. Most recipes for this sort of thing say “fry the onions and potatoes for 30 minutes or until the potato is soft” but

so I used my trusty microwave to speed the process up. This makes 8 servings which you can just wrap in clingflim and put in the fridge/freezer until you want to eat them. These lil triangles of yum make a good hot lunch served with salad and hummus, or you can defrost in the fridge the day before and have it cold. But I live in Edinburgh. And everything is better when it’s hot. Again, you can add or take away whatever you like, but it’s way better if you actually do have onions and potatoes handy.

Fresh herbs if you have them –  I had none at this point.

10 Eggies; I use free range medium ones as they’re middle ground for price and better flavour than barn or battery. This is obvs an egg based dish so it makes more of a difference than a cake or whatever. -75p

But you can use whatever fickles your tancy.

Start by making sure you have a decent non stick pan. The main frying pan that our uni provided us with is shite and burns EVERYTHING so it’s lucky that I was given one for my birthday (shout out to Tanya <3) that is non-stick AF and massive.

But no worries if yours is a bit smaller, it means you’ll end up with a thicker omelette, which I think some people would prefer. Just make sure that it’s non stick, or is absolutely slathered in butter/oil for when you turn your omelette out.

So, heat your oil in your pan on medium. While that’s getting all warm, choppy your spuds into thin slices that could also be called thick crisps. Like if you were making dauphinoise, tu petit noyer. Also, chop you onions so they are stringy, like what you’d get in a hot dog, rather than diced. 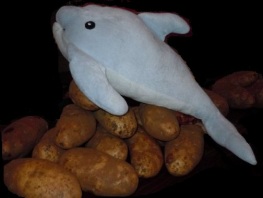 Lay the spud slices on a plate and cover with clingfilm. Cook in the microwave for 5-6 mins. While that’s buzzing away, fry the onion and chopped garlic in the oil.

So, when the spuds are done, tip them into the pan to get a squisshle bit brown along with the onions. Add any other veg you want to at this point – I wilted a whole bag of spinach (100g) into mine and a whole green pepper and some chopped green beans. Put the lid on (use a big plate if you possess not a lid) and let it cookle while you crack your eggiwegs into a bowl. Whisk the eggs along with a big pinch of salt, some dried herbs of your choosing. Or fresh ones. I don’t care. Make it noice. And don’t forget the nootmeg.

Add the eggs to the pan of frying veg and shake a bit to disperse evenly. Let this sit on the hob at medium for 7 or so minutes, until the edges of the eggs start going solid. The middle should still be soft and gungy. Turn the grill on. I’m not taking any flipping chances.

Put the pan under the grill for like 3 minutes or until the middle is cooked through and just starting to go golden.

Sprinkle 126 cheese (in real terms this means a lot of cheese) on the top of the omelette and put back under the grill to melt and go bubbly.

One side of my grill is hotter than the other. No, offence, Other Side of My Grill. But it’s true.

Take out and flip onto a plate, turning the pan upside-down with the plate underneath. It should be a scrummy golden colour on the bottom.

Leave to cool before cutting up into 8 portions. Do what you like with these. I made a working scale model of the Sydney opera house. You can freeze yours or put them in the fridge for later.

Look up all your favourite keywords here: